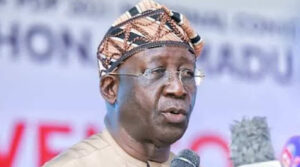 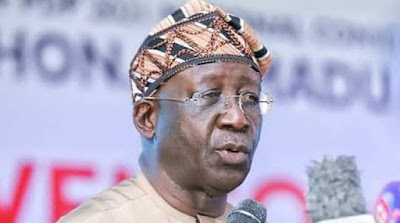 The National Chairman of the Peoples Democratic Party, Senator Iyorchia Ayu, has ruled out the possibility of sanctioning the Governor of Rivers State, Nyesom Wike, over his outbursts against the party’s leadership and its presidential candidate, Atiku Abubakar.

Ayu noted that rather than discipline anyone, the party would focus on uniting its members. He, therefore, appealed to those angry with Wike to sheathe their sword.

The party had been engulfed in internal dispute with many members taking sides with either Atiku or Wike. This was part of the fallout of the party’s presidential primary, which Wike lost to Atiku. The governor was also said to be aggrieved that he was neither chosen as the party’s vice presidential candidate nor consulted on certain issues in the party.

The reported bad blood between Atiku and Wike came to a head when Wike told journalists about a week ago that Atiku told many lies during his interview with Arise TV. He then promised to respond to the lies and speak more about both the party and Atiku.

Meanwhile, speaking at a meeting of the National Working Committee with former National Publicity Secretaries, Zonal/ States Publicity Secretaries, and other stakeholders at the party’s national secretariat in Abuja on Thursday, Ayu said all efforts and resources would rather be channeled towards peace and unity instead of punishing people. Those present at the event included Olisa Metuh.

He was responding to calls by some former national officers who called for the governor to be sanctioned. They argued that refusal to do this would breed indiscipline in the party.

A source at the meeting said, “After the meeting went into a closed-door session, some of the former officers called for sanction to be imposed on Wike because of his utterances. They said he didn’t respect the party’s leadership and its presidential candidate, among other things.

“They even accused the National Publicity Secretary (Debo Ologunagba) of not doing enough to address the issues in his interviews and press releases, but Ayu told them to be patient. The chairman said this is not the time to discipline, expel or quarrel with anyone. Rather, he said this is the time to build, unite and tolerate one another.

“He said he could feel the pulse of those agitating for discipline to be meted out to the governor, but insisted that Wike is a formidable member of the party. He appealed to them to be patient and that the governor would support Atiku and the party.”

In the communiqué released after the meeting by Ologunagba, he said after “a very comprehensive session, the meeting of former and serving spokespersons for the party restated confidence in Ayu and the NWC in running the affairs of the party.”

He noted that the meeting restated “confidence in the capacity, experience, and competence of Atiku to rescue, redirect and rebuild this country to meet the aspirations of Nigerians and earn the respect of the international community.”