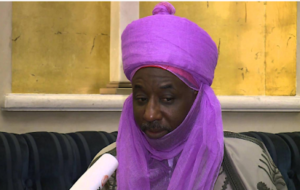 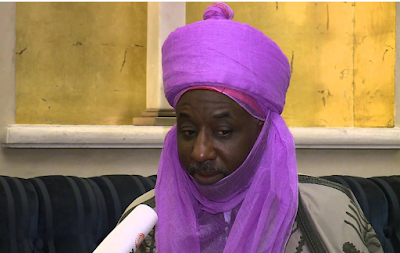 Muhammadu Sanusi II, former Emir of Kano, has advised youths to stop running abroad in a bid to escape challenges facing the country.

He said this in Lagos on Sunday at a stage play titled ‘A Truth in Time’.

The play, which depicted the life and times of Sanusi, was written by Ahmed Yerima, a professor of drama at Redeemer’s University, and produced by the Duke of Shomolu Productions.

The former Emir encouraged young people to start building the country with their talents and hold public officers accountable.

“To the young people, do not fear. This is your country. This is your future. Take hold of it. Work for it. Build it. Don’t let anyone tell you to run away because you have a degree. They say ‘Go to England, go to America,’ Sanusi said.

“This is your country. You are coming back here. Let’s work to build one for you and you also help us build this country for you.”

According to Sanusi, he only speaks out publicly against government policies after conferring with the concerned officials in private.

“People have said to me ‘Your problem is that you criticise the government publicly’. Many of them don’t know that before I go forward with public criticism, I would have spent months, maybe years, speaking to these government officials in private,” he said.

“We are in difficult times. This country will not move forward until Nigerians take ownership of their country. Politicians get into office and think they own us.

Recounting his achievements, Sanusi said he would be ungrateful to God if he had expressed dejection over his removal as Emir.

“I was governor of the central bank, Emir of Kano and now Khalifah, Tijaniyat Movement of Nigeria. If I have sadness, then I’m ungrateful. How many people have had the opportunity to be just one of those things?”

Sanusi also applauded the cast and crew of the play, describing it as “well-detailed and captivating”.