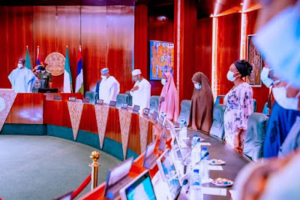 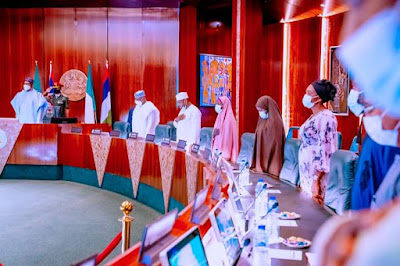 President Muhammadu Buhari says the option of using “lethal” military force to rescue the remaining captives of a train attack that occurred in Kaduna is not in consideration.

Speaking on Thursday when he met relatives of the abducted passengers in Abuja, Buhari said his primary concern is to ensure the victims are released safely.

The meeting comes hours after seven of the abducted passengers were freed.

On March 28, insurgents attacked a train on its way to Kaduna from Abuja, with several passengers killed in the process.

More than 50 passengers were also kidnapped in the attack, but several persons have regained their freedom.

Addressing the relatives of the victims, Buhari said his administration is focused on ensuring that the perpetrators are punished, and that the victims are rescued.

“I have been informed that at last count, there remains about 31 people in the hands of the kidnappers, and our determination is to work towards returning these 31 people to their families,” a statement by Femi Adesina, presidential spokesman, quoted Buhari as saying.

‘‘It is understandable that emotions typically run high. We have received several suggestions about the deployment of lethal military force in extracting those still being held in captivity.

“This option has indeed been considered and evaluated. However the condition to guarantee a successful outcome and minimise potential collateral damage could not be assured and therefore, that course of action had to be reluctantly discarded.

“My primary concern is to get everyone released safe and unhurt. We must take the fight to the terrorists and demonstrate that there is no hiding place for them within the borders of our country.

“Each one of them will be hunted, and pursued and spoken to in the language that they understand.”

He also commended stakeholders involved in the rescue of the abductees, as well as security agencies involved in various operations across the country.

“It is clear that their actions saved many lives and by making the ultimate sacrifice, they must be recognised for their bravery,” he said.

‘‘I also would like to use this opportunity to say that we are cognizant of events that have unsettled our citizens in various parts of our nation and in the capital.

‘‘I would like to comfort those who were traumatised by these tragic events and pledge that our response is to protect all Nigerians wherever they are.

‘‘My dear country men and women, we thank God that none of the released prisoners died due to the severe trauma they passed through in the hands of the terrorists, showing that the efforts of government in securing their release were not in vain as government continues to do its best to secure the release of the remaining abductees, and ensure the overall security of all citizens in the country.”

On his part, Jaji Sambo, minister of transportation, said the president’s meeting with relatives of the victims is a manifestation of the government’s determination to rescue all the captives.