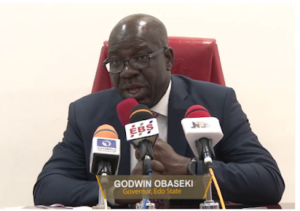 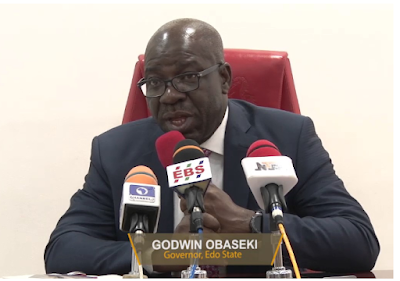 The Edo state government has asked BudgIT, a civic-tech organisation, to retract its publication alleging non-payment of workers’ salaries in the state.

BudgIT had listed Edo among 12 states owing workers at least one month’s salary as of July 28, 2022.

In a letter addressed to BudgIT’s country director on Friday, Iserhienrhien Efe, permanent secretary, ministry of budget and economic planning, said the publication which claimed Edo owed six months’ salaries is false and “has the tendency to mislead the public”.

“For the avoidance of doubt, a foremost thrust of his excellency, the executive governor of Edo state, Godwin Obaseki’s campaign is centred on the issue of regular payment of workers’ salaries and allowances,” the letter reads.

“This is particularly so as he strongly believes that every worker deserves his wages. In pursuance of this belief, since he assumed office on the 12th of November 2016 till date, salaries and allowances of State’s workers have been paid consistently on or before the 25th day of every month.”

The state government asked the organisation to take down the publication within 48 hours and issue a public apology.

“Deducible from your publication, therefore, is that: You had the least opportunity to conduct a thorough search before your said publication,” the letter adds.

“Even in the little effort you made, you had exhibited no regard for the sensibility of states who are pro-people and are doing as much as they can to improve the welfare of workers.

“In this circumstance, therefore, we demand a retraction within 48 hours of the receipt of this letter the said publication particularly as it affects Edo state and a public apology published in the same Cable Index online series in addition to one other national newspaper.”