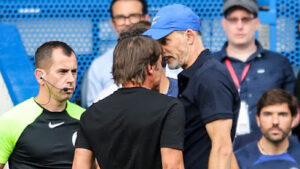 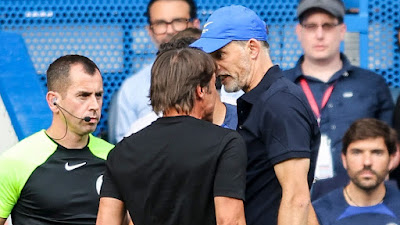 Tottenham Hotspur boss, Antonio Conte, has admitted that Chelsea were better than his team following both sides’ Premier League 2-2 draw on Sunday.

Conte watched as Tottenham drew with Chelsea in a Premier League derby at Stamford Bridge.

Goals from Kalidou Koulibaly, Reece James, Pierre-Emile Hojbjerg, and Harry Kane ensured both teams got a point each.

Speaking on the outcome of the match, Conte said at his post-match press conference, “Chelsea showed in this game better than us.

“At the same time, we scored twice. In the three games last season we didn’t score. We got a point.”

Tottenham’s next Premier League game is against Wolves next Saturday.