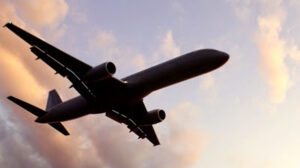 The International Air Transport Association (IATA), the top global trade association of airlines, has criticsed Nigeria’s failure to allow international airlines repatriate their profits, warning it may cause the country more damage.

The group said the amount airlines have been unable to repatriate from the country rose to $464 million (N199.2 billion) in July.

In a statement on its official Twitter handle on Friday, IATA said it was “disappointed” that the Nigerian government did not heed its warnings to allow timely repatriation of the funds.

“The IATA is disappointed that the amount of airline money blocked from repatriation by the #The Nigerian government grew to $464 million in July. #blocked funds,” it said.

“IATA’s many warnings that failure to restore timely repatriation will hurt Nigeria with reduced air connectivity are proving true with the withdrawal of @emirates from the market.”

The reaction came a day after Emirates announced it will suspend all flights to Nigeria from September 1 due to its failure to repatriate money from the country.

Three weeks ago, the airline had in a letter to Nigeria’s Minister of Aviation, Hadi Sirika, said it would reduce the number of flights to Nigeria from August 15 due to its failure to repatriate $85 million.

The airline said the figure has been rising by more than $10 million every month, while operational costs of 11 weekly flights to Lagos and five to Abuja continued to accumulate.

The IATA said airlines cannot be expected to fly if they cannot realise revenue from ticket sales and warned that loss of connectivity harms the economy, investor confidence, jobs and people’s lives.

“The Government of Nigeria needs to prioritize the release of funds before more damage is done, 🇳🇬” IATA added.

Nigeria’s foreign exchange crisis has worsened in recent months amidst depletion of its foreign reserves and soaring demand.

Last month, during an emergency meeting with airline operators, Mr Sirika said, “there are no immediate solutions” to the lingering crisis in the sector because what ails the industry is a global problem.

When journalists reached out to a Special Assistant to Mr Sirika, James Odaudu, for comments on Thursday, he said, “ the ministry of Aviation has no role to play in the Airlines trapped funds in the country.”

“It is the Ministry of Finance and Central Bank of Nigeria that needs to sort them out,” he said.

A top official at the Finance Ministry who did not want his name mentioned because he was not permitted to speak on the issue, said the airlines should face the Central Bank of Nigeria and banks that are involved in their blocked funds.

“The Finance Ministry has no business with their funds, we are concerned with fiscal policy, while the CBN has to do with monetary policies. So they should face the banks,” the official told newsmen.

In a short response when contacted, the CBN Director of Corporate Communications, Osita Nwanisobi, said the apex bank was doing everything to enable airlines repatriate their funds.

However, he did not respond to other questions put across to him about the exact figure of blocked funds yet to be repatriated to the airlines.