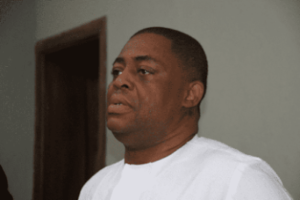 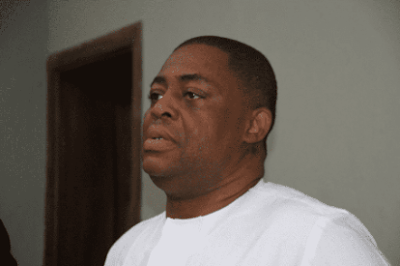 The All Progressives Congress (APC) chieftain said citizens against such situation should reject Peoples Democratic Party (PDP) in the 2023 election.

Atiku and Tinubu are not just political allies spanning decades, the former – after dumping the PDP – emerged as the 2007 presidential flagbearer of the Action Congress of Nigeria (ACN) led and largely funded by Tinubu.

They also are business partners with deals for the co-ownership of INTELS Limited, formerly Nigeria Container Services (NICOTES), the nation’s biggest logistics company.

In his essay on ‘Power shift, Tinubu presidency and the PDP’, Fani-Kayode cautioned Southern and Northern allies against betraying the APC leader.

“The greatest threat to Nigeria’s national unity is the refusal to shift power to the South next year”, he asserted.

“Nothing could be more dangerous to our national cohesion than another 8 years of Fulani rule after President Muhammadu Buhari.”

Fani-Kayode commended APC governors in the North for seeing the “danger” and insisting that power moves to the South.

The former presidential aide said they did not just say no to another Fulani, “but they went further by saying no to ANY Northerner”.

The author said the governors’ action was a matter of honour because it was the commitment that they made in 2015 when President Buhari assumed power.

Fani-Kayode hailed them for not breaking their word as the power may remain in the North if APC and PDP candidates are both from the region.

To Nigerians, he said whoever their candidate may be, “we must ensure that power comes to the South in order to stop this dangerous cycle of regional and ethnic tension, and entrench national unity.”

Fani-Kayode lambasted the PDP for allowing a Northerner to emerge as its 2023 candidate, observing that party members and leaders from the South and Middle Belt, led by Governor Nyesom Wike, are against it.

He said if the leading opposition party could breach its rules on zoning, “cheat” party faithful, and deny the South their presidential ticket, “what won’t they do to Nigeria if they were to ever win power?”

The politician wondered why the Board of Trustees chair and National Chairman have refused to resign despite being from the same region with Atiku.

“Is it not wickedness? Is this not a formula for disaster and a statement of intent for the perpetual enslavement of the South?

“Is this not an insult on the sensibilities and slap on the faces of every Southerner and Northerner that believes in fairness and decency?

“Does this not present a very potent danger and threat to our hopes and aspirations for national unity and stability given all we have witnessed over the last 7 years?”, Fani-Kayode quipped.