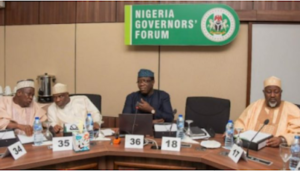 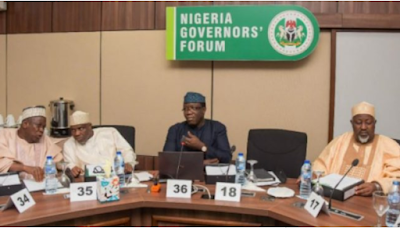 The Nigeria Governors’ Forum (NGF) says comments made by Ned Nwoko, a lawyer and business magnate, regarding the Paris Club refund were “blatant lies and half truths”.

There has been controversy over consultancy fees amounting to $418 million from the Paris Club refund.

Nwoko, on Saturday, alleged that the consultancy fee owed by the states and local governments was $68 million and not $418 million as claimed by NGF.

He said the original claims calculated based on agreed terms was in excess of $300 million, but his firm “offered huge discount on the entitlement to accept the $68 million”.

However, NGF, in a statement signed by Abdulrazaque Bello-Barkindo, the forum’s head of media and public affairs, said Nwoko told blatant lies and half truth while speaking to journalists.

“The facts are and will always remain: whether the claims of the consultants are lawful and justified under our constitution and whether any judgment which is a subject of a pending appeal can be enforced or executed as the consultants now attempt to do?” the statement reads.

“If both questions are answered in the negative, it does not matter if the contracts leading to the claims were entered into by any public official, past or present.

“No person or persons can agree to blatantly circumvent our constitution and get away with it. Neither is the period when judgments were obtained of consequence in this case.”

NGF further said Nwoko only singled out and justified his own fee, which is part of the controversial $418 million.

“While he strenuously tried to single out and justify his own bogus claim of $68 million; the total amount which all the consultants, working in concert, collectively seek and claim from the states and LGAs, albeit unlawfully, is $418,953,690.59.

“The attempt by Ned, therefore, to separate his own claim of $68 million as if it is not related to the claims of other consultants is being clever by half.

“All the consultants claim to have rendered the same or similar service of helping the states and LGs to recover over-deducted Paris Club refunds by the federal government performed some contracts to be paid from the Paris Club refunds.

“It is therefore needless joining issues with Ned Nwoko or indeed any of the consultants. It is, however, imperative to debunk patent lies dished out in order to disabuse the minds of the undiscerning public.

“In his desperation to justify his claim, Ned peddled untruths that his team was a member of the federal government committee constituted to reconcile figures under the Paris Club refunds to the states and local governments. That is patently false. The report of that committee dated May, 2007 shows that only the FMF, OAGF, CBN, DMO and RMFC (secretariat) were members.”

In 2021, the governors obtained an order from a federal high court in Abuja restraining the federal government from deducting the money from states’ accounts for the purpose of paying the disputed debt.

The forum had also accused Malami of bias in handling the controversial debt, questioning his role in the process.