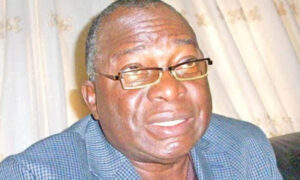 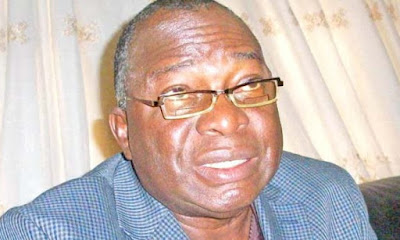 A chieftain of the All Progressives Congress (APC) and former Senator, Ayo Arise has dismissed the publication by a certain online platform suggesting that he was privy to the manifestos of the party’s presidential candidate, Asiwaju Bola Ahmed Tinubu.

Arise, in a release made available to journalists, said the faceless online report also quoted him as advising Tinubu to abandon President Muhammadu Buhari’s policies if he is desirous of winning the 2023 presidential poll.

Entitled “Re: The First Thing I Saw on Tinubu’s Presidential Manifestos – Senator Ayo Arise”, the APC chieftain described the report as the figment of the imagination of the writer as he never met or granted an interview with the said online platform.

”My attention has been drawn to a reckless report credited to me by one innocuous online platform where I purportedly claimed to have seen the manifestos of the All Progressives Congress (APC) Presidential candidate, Asiwaju Bola Ahmed Tinubu (BAT).

“The faceless reporter also went further to insinuate that I claimed to be very close to Tinubu and that I advised him (Tinubu) to distance himself from the policies of President Muhammadu Buhari’s administration if he is desirous of winning the 2023 election.These are deliberate falsehood!” the statement reads in part.

For the avoidance of doubt, Arise clarified that he granted interviews recently to a few newspapers, and “my views on the various issues raised were clearly captured by the various media houses under various sensational captions.”

“The genuine newspapers largely reported the interview factually regardless of their captions.

”I am happy that none of the conventional media published the lies reported by the online media. Members of the public are therefore advised to disregard the online publication in its entirety as it did not emanate from me and hence cannot be taken as my opinions on the alleged issues raised.

“And, whoever quoted me as saying that I am very close to Tinubu does not know me in the first place. If I were even close to Tinubu, which I am not, I am decent enough not to advertise such or boast of such under any circumstances. I was not even in Tinubu’s camp at the last APC Presidential primaries. Nevertheless, it is still part of my responsibility to society to comment on challenges facing our polity from time to time.

“One of the issues I dwelled upon was the same faith controversy where I said that people needed to be educated about the circumstances that threw up the challenge.

“Another issue which I spoke extensively about was whether continuity would be the campaign mantra of the APC flagbearer. And my submissions were unambiguous. I opined that Tinubu would adopt the good policies of the current administration and also see how he could improve on where the government is facing some challenges, particularly in the area of

“I argued that Tinubu would not be aspiring to be president basically to adopt all the policies of his predecessor but to bring in some fresh ideas.

“To show that the reporter is lacking in requisite knowledge about politics and Journalism. It is common knowledge that a candidate can only prosecute his or her campaign based on his input, in line with his party’s manifestos. As of the time of the malicious publication, no such candidate’s manifesto’ existed.”

Arise also relived his comment on Buhari’s policy: ”Well, on Buhari’s legacies, I read a few things that Tinubu said he would do and the first one, in terms of tackling insecurity, is the fact that he would automatically start the process of having state police. I don’t think that if he says that he will continue with the legacies of President Buhari, he would just become President and start rubber-stamping everything that Buhari did.

”In terms of policies of this administration, you would notice that a few things focus on social benefits of the people to ease the burden of the downtrodden, now the implementation might be another question. Have those policies achieved what they were set out to achieve? To be sure, let me make it very clear, I do a few things for the government. I think our civil service needs a complete overhaul. We are the ones responsible for the ailments of the country. Even though a leader can come in and begin to change things, the rot is so deep that when you even try, it becomes a problem and when Buhari started fighting corruption, we started hearing the slogan “corruption is fighting back”.

He, therefore said that ”all that was reported by the faceless online news were outright lies, deliberately concocted to misrepresent me and probably put me against some political interests. It is indeed the figment of the imagination of the writer.”