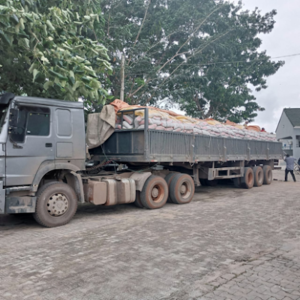 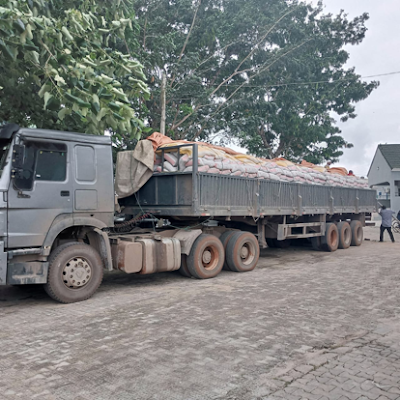 The Controller of the command, Bamidele Makinde, confirmed this at a press conference he addressed at his office in Idiroko border, Ipokia Local Government Area of Ogun State.

According to Makinde, one of the trucks was intercepted in the early hours of Tuesday with 228 bags of smuggled rice, while the other had 75 bags of rice hidden inside bags of cement.

“A truck with Lagos State registration no. EKY 971 YE, belonging to Dangote Group of Companies, loaded with 75 bags of foreign parboiled rice of 50kg each concealed with 900 bags of Dangote cement was intercepted along Ibeshe road, Yewa North Local Government Area of Ogun State, in the early hours of Sunday, 21st August 2022.

“Another Dangote truck with Kano State registration no. BCH 531 XA loaded with 228 bags of smuggled foreign parboiled rice of 50 kg each concealed with some bags of Dangote cement along Lafenwa, Abeokuta axis, Ogun State in the early hours of today, 23rd August 2022,“ Makinde said, confirming that the trucks and their drivers are in custody.

The Controller disclosed that the command generated a total sum of N13,848,370 from import duty and auction sales of petroleum products (PMS) intercepted during anti-smuggling operations in the month of July 2022.

He explained that the Command during its intensive anti-smuggling operations recorded a seizure of 3,154 bags of foreign parboiled rice of 50kg each, saying the same was equivalent to five trailer loads.

Several other seizures recorded in their various quantities within the month of July include 150 pieces of used compressors, 14 vehicles, 153 bales of used cloths, 79 sacks of used shoes, 111 cartons of frozen foods, 18, 100 litres of PMS among others.

Meanwhile, Makinde warned criminal elements in the state to steer clear of smuggling activities, threatening that the command is resolute to suppress smuggling among other illicit activities inimical to the economic growth of the country.