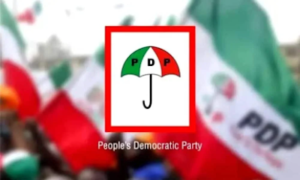 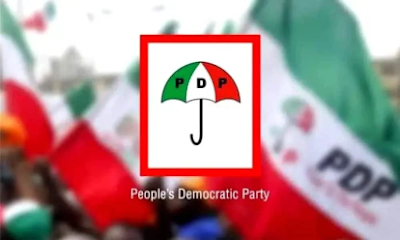 The Peoples Democratic Party (PDP) in Osun State has asked the All Progressives Congress (APC) and its State chairman, Gboyega Famodun to accept their fate.

It also asked the Osun APC chairman not to pursue subtle attempts at blackmailing the judiciary into doing the bidding of the party at the election petition tribunal.

In a statement signed by its chairman, Adekunle Akindele on Friday in Osogbo, the Osun PDP reminded Famodun that serving a governor-elect with court papers in an atmosphere of orchestrated security upheaval was a herculean task.

“The moral bankruptcy in the APC Chairman shouldn’t also degenerate to the point of expecting a magic of favour from the courts after he personally lost almost all available poling units in his local government in the July 16 governorship election in Osun State.

“While the PDP cannot forbid Famodun and his crying associates from shedding tears after losing a duel in his father’s compound, he, however, must not become a loose cannon on matters before the court.

“Under normal circumstances, the volume of our party’s response to the caricatured petition of the APC at the tribunal should not bother Mr Famodun as a normal step in such instance as litigation bordering on election matters. But what does a man hypnotized in deep trance like Famodun know,” he said.

The party reiterated that Senator Ademola Adeleke would defend the mandate bestowed on him by the electorate in the State.

Meanwhile, the Osun APC in a statement signed by Kola Olabisi, Media Adviser to the Osun APC chairman, has called on its members to increase their prayers for their wish to be manifested.

While stating that there are no challenges that are beyond the settlement of God Almighty, Famodun reminded its members that they were bound by common ideal and interest and maintained that it was incumbent on them to make prayers the fortification of their political expectation.

He urged the members of the APC whose spirits were dampened shortly after the declaration of the winner and loser of the governorship election to shed up their toga of discouragement as the world was full of ups and downs.

“Though it is human to feel dazzled, worried and surprised having put in our maximum best to come victorious in the last governorship election, the all-knowing God knew why it happened the way it was which could be that a certain lesson must be learnt.

“We should all know that an election is a process which begins at the party’s registration through actual voting to the litigation stage.

“It is for this reason that I am, on behalf of the State executive members of our party, requesting for your unalloyed moral support to forge through this last stage of our governorship election process which is in three segments of the tribunal, the Court of Appeal and finally the Supreme Court,” he stated.

He also cautioned APC members to shun any act capable of snowballing into violence no matter the level of provocation from any quarters.