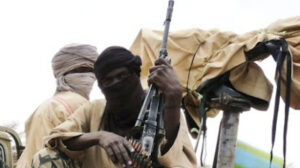 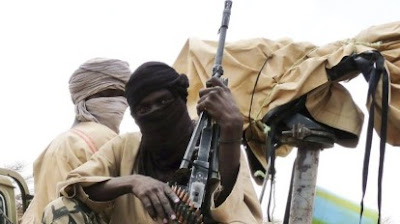 No fewer than 47 Local Government Areas in the northwest zone are troubled by bandits who terrorise, kidnap and kill innocent citizens.

Investigation indicates that most of the local government areas suffer constant terror attacks from the bandits as they operate unchallenged, leaving areas ungoverned due to the absence of any symbol of authority.

The bandits in some states like Zamfara, Sokoto and Katsina regularly impose taxes and levies in some areas on locals for providing protection for locals against rival gangs within the axis.

Katsina, Sokoto and Zamfara States which have their local government areas along the Nigerian border depend on the security forces of neighbouring Niger Republic for the safety of locals.

The LGA’s most affected by terrorist activities in the northwest zone include 18 in Katsina, 11 in Sokoto, Zamfara 10 and Kaduna 8.

In Zamfara State, the ten local government areas constantly being ravaged by bandits include Bakura, Birinin Magaji, Maru, Tsafe, Anka, Maradun, Shinkafi, Bukkuyum Zurmi and Gusau Local Government Areas which have since become colonies of banditry in the state.

Community members in these local government areas in the northwest have reportedly deserted their homelands with their families for safety as bandits have continued to rampage the zone.

It was reported that since the outbreak of terrorism in the northwest, starting from Zamfara State, the entire Almajeri system has surged with the influx of destitute, widows and in the streets, begging for arms.

Some of these widows and orphans who spoke with newsmen said that though they were given camps as Internally Displaced Persons(IDPs), they were not being fed by the State government hence they came out to roam the streets for alms.