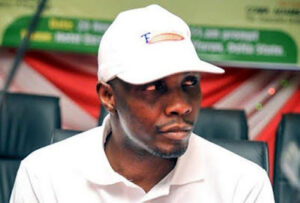 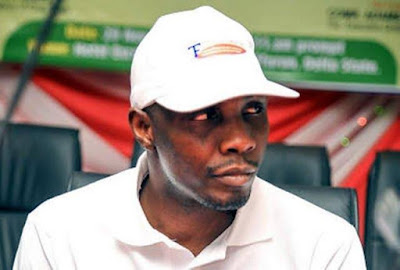 A former freedom fighter, Mr. Alfred Akamu, has cautioned those behind the condemnation trailing the award of the pipeline surveillance contract given to Government Ekpemupolo, popularly known as Tompolo, by the federal government to desist forthwith.

Akamu, while speaking on Tuesday with newsmen in Yenagoa, the Bayelsa State capital, advised the Ijaws not to join hands with outsiders to pull down their own son, who has at several times defended the Ijaw nation.

He said that nobody should feel more entitled to the surveillance contract than Tompolo and warned that they should not allow greed to overwhelm their senses in this matter, as it will amount to shooting themselves in the foot.

Akamu, who is also the House of Assembly candidate for Ekeremor Constituency 3 on the platform of the All Progressives Congress (APC), said it is better and more profitable than the N4 billion monthly pipeline surveillance contract was awarded to an Ijaw man, than for it to be given to someone from a non-oil producing community, which will be a total loss to the Ijaw nation and entire Niger Delta.

He calls on the federal government to disregard such campaigns for the withdrawal of the contract, saying that those involved are doing it for selfish reasons.

According to him, Tompolo has vowed to carry every community along in the process, and that women will be given 40 percent of the slots, while 60 percent will go to the men.

He said it was because of Tompolo’s proven record of integrity that informed the Minister of State for Petroleum Resources, Chief Timipre Sylva, and President Muhammadu Buhari to award the contract to him, assuring the people of the region that Tompolo will not go against his promises despite the protests and betrayals from some of his kinsmen.

He called on the leadership of the Ijaw National Congress, INC, and the Ijaw Youth Congress IYC to also wade into the matter and see to it that something is done to curtail this ‘pull him down syndrome’ against the former leader of the Movement for Emancipation of the Niger Delta, MEND.

Mr. Akamu also pleaded with Tompolo to forgive those behind the unwarranted attacks and see them as brothers who don’t know how to go about their agitations for inclusiveness.

The Ijaw freedom fighter also advised stakeholders of the Niger Delta to rally round Tompolo with a view to ending crude oil theft; saying that he is not a greedy man, and will ensure that every quarter is absorbed fully into the system.