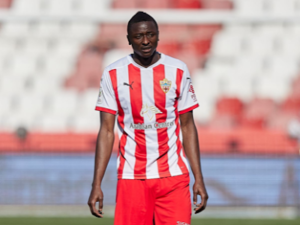 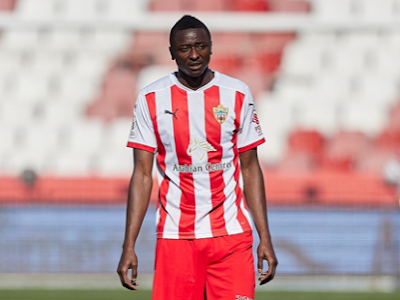 Nigeria forward, Umar Sadiq will undergo his medicals at Real Sociedad today ahead of his permanent transfer to the club.

Sadiq’s club Almeria and Real Sociedad have reached an agreement for the transfer, according to transfer expert, Fabrizio Romano.

The deal according to Romano is worth €25m, including add-ons, plus 15% sell-on clause.

The 25-year-old is a direct replacement for Sweden International, Aleksandr Isak, who has joined Premier League club, Newcastle United.

Sadiq was Almeria’s leading scorer in the last two seasons and his goals last term saw them regain their place in the Spanish top league.

He has scored two goals in three league appearances for Almeria this season.