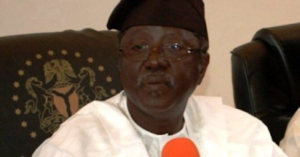 Also cleared was a former cashier in the Secretary to the State Government’s office, Yusuf Pam.

Both faced 17-count charges bordering on criminal breach of trust and misappropriation of Plateau State funds to the tune of N6.3billion.

Dabup said the EFCC failed to provide evidence to prove the allegations of embezzlement and misappropriation of N4.3billion SUBEB fund and N2billion MSMEs fund.

A terse statement by anti-graft commission’s spokesman, Wilso Uwujaren said processes for an appeal have been initiated.

Justice Dalup adjourned the case for verdict in mid-July after the adoption of final written addresses by the prosecution and defence counsels.

Jang and Pam had on arraignment on May 16, 2018 pleaded “not guilty”, necessitating a full-blown trial.