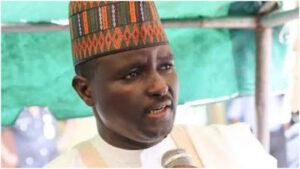 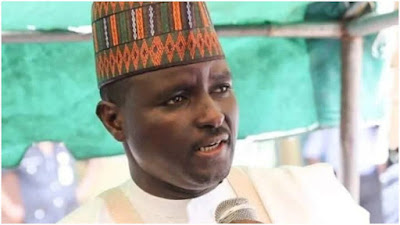 A letter circulating on social media claims that Machina has resigned his APC membership and also withdrawn from contesting in the 2023 general election.

“These decisions [were] taken due to my personal reasons related to the misunderstanding between I and the leaders of the APC in Yobe state,” the said letter, which is addressed to the APC national chairman, reads.

Reacting to the development, Machina said it was not true that he had stepped down or that he had defected from the APC.

“It has been brought to my notice that some unscrupulous elements forged a letter of my withdrawal from the race out of mischief and blackmail,” NAN quoted him as saying.

“I state unequivocally that the letter was forged. I did not at any time withdraw or resign from the APC.

“I was shocked when I discovered that some persons concocted plans to mislead the public particularly my supporters into believing that I have withdrawn.”

He called on the national secretariat of the APC to issue a statement on the “forged” letter, adding that he had also instructed his lawyers to institute legal action against those behind it.

There has been some controversy over the APC Yobe north senatorial ticket.

Machina, at a primary organised by the party in May, had won unopposed.

But Lawan was said to have participated in another primary organised by the APC, after he contested the party’s presidential ticket and lost in June.

There were speculations that Machina was asked to step down for Lawan, and amid the controversy, the APC had submitted the senate president’s name to the Independent National Electoral Commission (INEC) as its senatorial candidate for Yobe north.

INEC, however, has said the APC currently has no senatorial candidate for Yobe north.