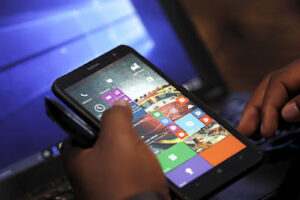 The federal government has suspended the proposed new tax on phone calls and other telecommunications services.

The Minister of Communication and Digital Economy, Isa Pantami, announced this on Monday. He said the planned excise duty on telecommunication services has been suspended.

Mr Pantami spoke at the inaugural meeting of the Presidential Committee on Excise Duty for the Digital Economy Sector in Abuja.

He said the sector was already overburdened by excessive and repeated taxes.

The federal government had earlier said it would begin implementing the proposed excise taxes on telecommunications and beverage services in 2023.

The Minister of Finance, Budget, and National Planning, Zainab Ahmed, announced that the government was preparing to implement a 5% excise tax on telecommunications services, which would raise total on phone services to 12.5%. The sector has an existing 7.5 per cent on its services.

However, Mr Pantami opposed the new tax, which would increase the cost of telecommunications services in the country.

He said the ministry was not consulted and criticised the timing of the plan.