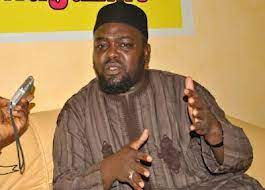 The Department of State Security Service has confirmed the raid on the Kaduna residence and office of the terrorists’ negotiator, Tukur Mamu.

Mamu is the negotiator between the government and terrorists who attacked the Kaduna-Abuja train on March 28, 2022 and kidnapped many people as hostages.

It can be recalled that Mamu’s house was raided the midnight of Thursday.

Confirming the raid in a statement on Thursday, the Spokesman for the DSS, Peter Afunanya, said, “So far, appropriate security agencies have executed valid search warrants on Mamu’s residence and office. During the processes, incriminating materials including military accoutrements were recovered.

“Other items include large amounts in different currencies and denominations as well as financial transaction instruments.”

Afunaya noted that Mamu would be charged to court.

“While further investigations continue, Mamu will, sure, have a day in court,” the DSS Spokesman stated.

The officers who raided Mamu’s residence had ransacked every nook and cranny of the house and reportedly carted away laptops, phones and documents.

Sources had earlier claimed nothing incriminating was found in both the residence and office of Mamu.

According to sources, no fewer than 50 heavily armed operatives in Toyota Hilux, Toyota Highlander as well as military vehicles raided both the residence and office.

Mamu, who is the publisher at Desert Herald Newspaper, was earlier arrested in Cairo, Egypt on Tuesday by foreign security agencies, while on his way to Saudi Arabia and handed over to Nigerian authorities on Wednesday.