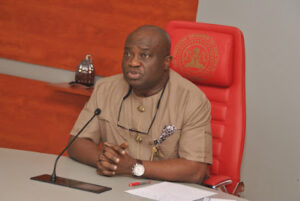 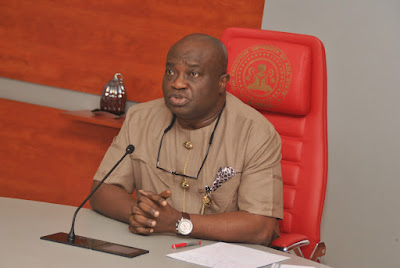 Okezie Ikpeazu, governor of Abia state, says Nigerians would not have voted for the All Progressives Congress (APC) if the Peoples Democratic Party (PDP) had done well while in government.

Ikpeazu spoke when Adolphus Wabara, the acting chairman of the PDP board of trustees (BoT), led some members of the board on a visit to the governor at his country home in Umuobiakwa.

Speaking on the crisis rocking the party, Ikpeazu said genuine reconciliation is needed for the party’s victory in the 2023 elections.

He said the PDP needs to take a review of the event that has played out in recent times to avoid a repeat of what they experienced in 2015.

“Our ineptitude in the things we did not do well led this country to where we are heading now; otherwise we will not have gone into the hands of APC in the first place,” NAN quoted him as saying.

“We are not in the same place we were in 2015. We need to look at the variables that have changed and respond to these variables and dynamics accordingly.

“We need to remain hungry for power so that our adrenaline level will remain optimum and drive us towards attaining that goal.

“All countries in this world that have risen from the ashes of civil war, quarrels, and bitter clashes are countries that did genuine truth and reconciliation. I pray that we would realise that there is no half measure to victory in politics.”

On his part, Wabara said the crisis within the party will be resolved.

He said the board would visit state governors and other stakeholders in order to restore peace in the party.

Wabara described Ikpeazu as a respected stakeholder of the party, adding that his contributions are essential in promoting the growth of the PDP.

Part of the crises the party is battling with is the call for the removal of Iyorchia Ayu, its national chairman.

There have been calls — including from Nyesom Wike, Rivers governor — for Ayu to step down from his position on the grounds that the PDP presidential candidate and national chairman cannot be from the same zone.

Stakeholders within the party have held a series of meetings to resolve this and placate aggrieved members.

But at a meeting with party stakeholders on Wednesday, in Oyo state, Atiku Abubukar, PDP presidential candidate, said Ayu can only be removed as chairman of the party when the PDP constitution is amended.