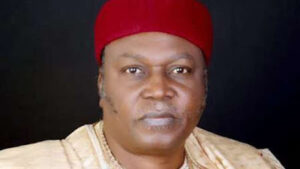 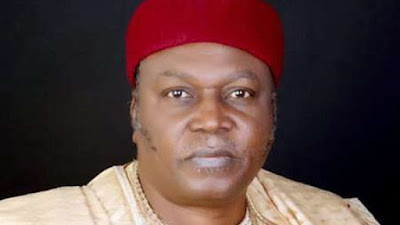 The ongoing wrangling between the Taraba State government and some National Assembly members from the State is far from being over.

This time, the All Progressives Congress, APC, spokesman, Aaron Artimas has described Governor Darius Dickson Ishaku’s administration as a desperate government searching for scapegoats to take the burden of its massive failure and the consequent spread of despondence and hopelessness across the State.

Artimas, who made the observation on Friday in Jalingo via a statement, said the State government “in an infamously desperate move, is trying to shift its odorous shame elsewhere”.

According to him “after seven and half years of abysmal performance, the government is desperately searching for scapegoats to take the burden of its massive failure and the consequent spread of despondence and hopelessness across the State.”

His reaction was in response to the recent allegations leveled against some National Assembly members from the State by Ishaku’s administration.

The Governor, through the commissioner for Budget and Economic Planning, Solomon Elisha, had recently accused some of the National Assembly members from the State of claiming glories of federal government projects situated in the State.

But APC has said the State Government’s action was geared at diverting “the attention of the people from this bad situation,” adding that the Taraba State Government had become obsessed with the idea of attacking the personality of the Senator representing, Taraba Southern zone, Emmanuel Bwacha with the hope of impinging his growing image.”

He claimed that this “is not unexpected, given the fact that the Senator is considered as the most likely person to succeed this ‘dying’ regime.”

He added that “those conversant with Taraba’s mortifying situation are aware that the State has since moved from an intensive care unit to the mortuary and to divert the attention of the people from this horrifying spectacle, some people will have to be targeted.”