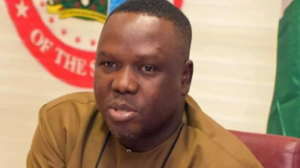 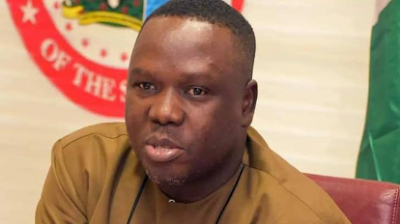 It was reported that Atiku, on Saturday during an interactive sanction With Arewa Joint Committee held in Kaduna State, claimed that Northerners do not need Igbo or Yoruba presidency in the forthcoming election.

Speaking on Monday at the Port Harcourt International Airport, shortly after his arrival from Spain, Wike said if such a statement is true, it “is a threat to the unity of Nigeria at a time when efforts should be concentrated in giving every Nigerian a sense of belonging”.

But appearing on the Tuesday edition of Arise Television’s The Morning Show, Bwala said that the former vice president and 2019 presidential candidate of the PDP has nothing to apologise to Nigerians for, adding that it is Wike who is in the position to apologise to the party.

“I’m sure that when that comment was made Governor Wike was watching Real Madrid vs Barcelona. That was when that thing happened.

“And his Real Madrid team won but it does not mean that what he said was correct. He needs to apologise to the party first because if this thing would have happened in his state where a member of a party and stakeholder just goes to the air and starts talking, it would turn out as insubordination.

“One thing about politics is that the way you are demanding it at the state level you have to also obey it at the national level. As an aggrieved member of the party, what Wike will keep saying until he changes his mind will not come to me as a surprise or even to the Niger people. Because he has in recent times based on his decision been saying things that suggest he does not agree with what we’re doing.

“He had said things worse than this. I don’t think Atiku has anything to apologize to the Nigerian people because the context has been given by Paul Ibe, his media man. We have also responded to various questions from the press …I do not think there’s any basis for apology.”