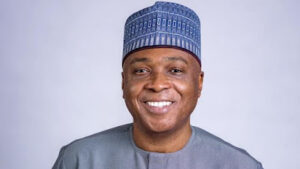 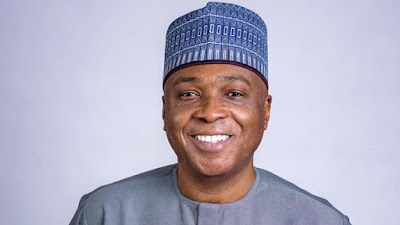 Former Senate President, Bukola Saraki has condemned the violent attack on supporters of the People’s Democratic Party, PDP and other Nigerians during the party’s presidential campaign in Kaduna State on Monday.

Supporters of the PDP presidential flagbearer, Atiku Abubakar were attacked by yet-to-identified hoodlums.

This is coming barely three days after some thugs believed to be sponsored by another political party, attacked PDP supporters in Zamfara State.

Reacting to the Kaduna attack, the former lawmaker said the development was a threat to the nation’s democracy and a slap on the faces of Nigerians.

Saraki called on security agencies to immediately investigate and unveil the people who perpetrated the unfortunate attack and their sponsors.

The former presidential aspirant described the attack as a sad development and a return to the dark days of politics in the country which, according to him, is widely believed to have become a thing of the past.

“The attack on the Kaduna rally of the PDP by some yet-to-be-named people was not just a threat to the nation’s democracy but an indication that some elements are still bent on sabotaging and undermining the success of next year’s general elections.

“This sad development is a big setback for our democracy. It represents a slap on the face of all Nigerians,” he wrote on his Facebook page.