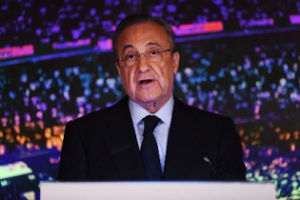 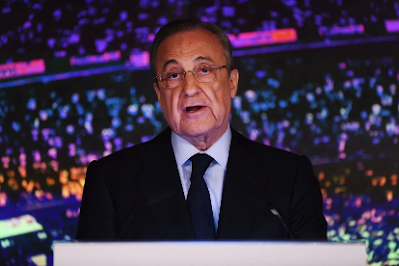 Real Madrid president, Florentino Perez has claimed he does not know anything about Erling Haaland’s release clause at Manchester City.

Haaland only arrived at the Etihad this summer from Borussia Dortmund.

The striker has already scored 20 goals in just 14 matches for City.

Madrid was another club heavily interested in signing Haaland and the Los Blancos continue to be linked with a move for him even now.

Haaland’s father, Alf Inge, recently claimed that he wants to “prove his abilities in all leagues” and put a time frame of “three or four years at the most” on his City stint.

Madrid would be the most obvious next destination for Haaland if he was to leave City but Perez has moved to downplay any suggestion that the La Liga champions are planning a move.

“Release clause for Erling Haaland? I have no idea, honestly,” he said.

“We have the best players in the world at Real Madrid.”