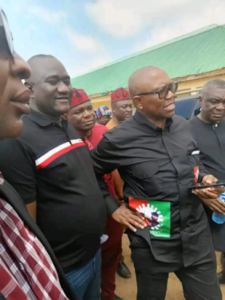 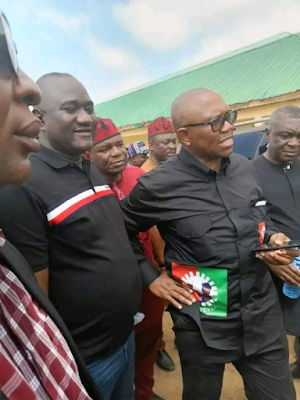 The Labour party (LP) presidential candidate for the 2023 election, Peter Obi, on Thursday, paid a visit to the victims of flood in Makurdi, the Benue State capital.

Recall that the former Anambra State Governor had on Wednesday suspended his presidential campaign to sympathize with those who were affected by the unfortunate flooding.

He disclosed this shortly after meeting with the Benue State Governor, Samuel Ortom at his Abuja private residence.

Speaking with the victims in Makurdi, Obi said, “Even though I have offered my prayers to victims through your governor, I felt that coming in person to commiserate with you is important.”

He was accompanied by the Benue State Labour Party Chairman, Dr. Idoko Ibrahim and the House of Representatives candidate for the Apa /Agatu constituency, Melvin Ejeh.