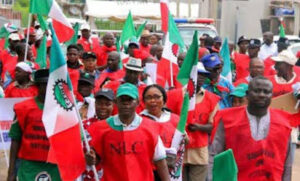 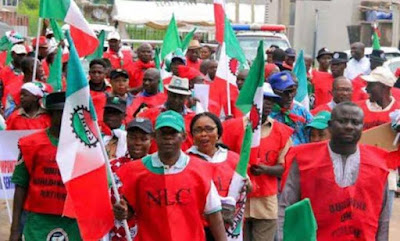 The Nigeria Labour Congress on Tuesday called on the Federal Government to release the withheld salaries of the members of the Academic Staff Union of Universities.

The union made this known in a communique made available at the National Executive Council meeting held in Birnin-Kebbi, Kebbi State.

It was earlier reported how the Federal Government activated the no-work-no-pay policy against ASUU following the protracted strike.

In the communique, the body said, “NEC noted the collapse of effective collective bargaining machinery in the tertiary education sub-sector.

“This fact is buttressed by the recent protracted industrial dispute in public universities in the country which was consummated in industrial litigation, arm-twisting of conciliation efforts and extreme violations of human and trade union rights, withholding of the salaries of university workers and interference in trade union activities including balkanization of trade unions in the tertiary education sub-sector and overt threats to proscribe existing trade unions.

“The NEC resolved as follows: Called on Government to honour all collective bargaining agreements with unions in the tertiary education sub-sector, especially with regards to wages and conditions of service and increase budgetary allocation to the education sector;

“Called for the release of withheld salary owed university workers. Rejects the “no work – no pay” policy of government;

“Called on the Minister of Labour and Employment to respect the provisions of Nigeria’s Constitution, Trade Unions Act (CAP T14 Laws of the Federation of Nigeria), Conventions 87 and 98 of the International Labour Organisation on respect for trade union independence, promotion of tripartism and social dialogue in the exercise of his mandate as a Minister.

“NEC further resolved to defend trade union independence as guaranteed by the clear provisions of our labour laws”.