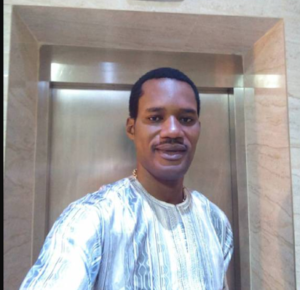 Olajide Kareem, the filmmaker better known as Seun Egbegbe, says he gave his life to Christ while he was in prison.

The movie producer disclosed this in an interview with BBC Yoruba.

Seun said being born-again has been “my best achievement” in life.

The movie producer added that there is now a “100% difference” between the Seun Egbegbe of then and now. He said prison also helped him deal with his anger issues.

“I’m not a saint, but I’m grateful to God that he allowed me to go to prison to know what they call life. To know my right from my left,” he said.

“I am born-again now, there’s a difference between the Seun Egbegbe of before and now. There’s a 100% difference.

“I will never raise my hand to hit any woman again. No matter what your woman does, don’t hit her. Any man that raises his hand to hit a woman, cannot do anything with that hand again.”

On February 10, 2017, the movie producer was remanded in prison for allegedly obtaining money by false pretense from about 40 Bureaus De Change operators.

The filmmaker was accused of swindling the BDC operators by claiming that he had naira to change into foreign currencies.

The court had granted him N5 million bail. The movie producer was unable to fulfill his bail conditions, leaving him in custody since then.

However, Egbegbe was recently acquitted in court after spending five years and eight months in custody.