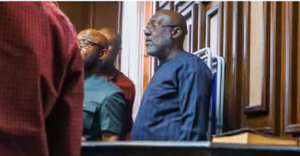 The former PDP chieftain, who spoke on Channels Television on Friday, said there are capable candidates contesting for the presidency.

Metuh also said the manifestos of candidates he has seen show that whoever wins will do well for the nation.

“Never in history have we had the caliber of people that we have. We have lots of candidates; about six to seven of them are very good,” he said.

“This is good for our democracy and if we look into their affairs, what they are preaching and their manifesto, any of them that wins the election and forms a national government, we believe they will do well for the country.

Meanwhile, Metuh had recently resigned his membership of the PDP, adding that he would no longer be involved in partisan politics.