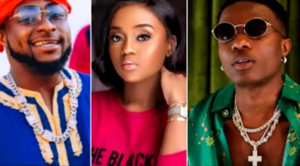 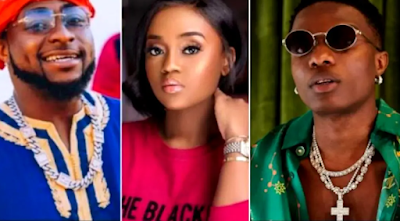 Nigerian music star, Wizkid on Monday deleted a promotional tweet about his album after the news of the death of Davido’s son surfaced on the internet.

Vanguard had reported that Davido and his partner, Chioma lost their three-year-old son, Ifeanyi who drowned in a swimming pool at the singer’s house in Banana Island area of Lagos State.

The ‘Essence’ crooner recently released a new single ‘Money & Love’. The single is off his album ‘More Love, Less Ego’ which the artist confirmed will be released on November 4th.

After releasing a promotional tweet about the album on Monday night, Wizkid immediately deleted it when the news of the death of Ifeanyi filtered in.

The Grammy-award winner’s action has since been applauded by many as a sign of respect to Ifeanyi.

@nohpheesat said,”It wasn’t even up to a minute that he deleted it after he noticed what is happening.

@xothehybrid said,”Wizkid is so sensitive..remember when he gave reekado a knock on the head on Twitter cos he wanted to drop a song when the country was in a tight spot. Most actually dragged him for it..some even said he should go beg reekado.

@choplifekitchenlagos said, “As it should be, a loss of child is a pain nobody can ever ever ever know or feel and I pray we never ever experience it and for those who have may Gof comfort you and give you another opportunity to always be thankful and cheerful again………… you are unquestionable God but you know best!!!!!!! If this was an unnatural cause father lord let peace cease in the lives of anyone who did it but if it’s your way lord let your will be done still. Davido I sympathize with you Chioma I sympathize you too may God himself touch you and cradle you and wipe your tears away.

@leeeymarrh said,”I like wizkid he’s filled with empathy … Omo this is really sad.

@internationalnyeweli said,”He did good, no hate only sadness when a child dies.

@bri_zyyyy said,”He’s a father, he understands how this hurts, you can’t even wish for an enemy this kind of pain. It’s deep.

@rhukieee said,”That’s what a King should do.

@o_y_e_b_a said.”One thing about wizkid he must show concern when necessary,,, I STAN HIM SO MUCH.