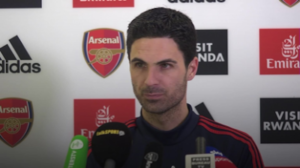 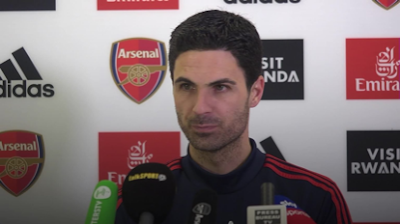 Arsenal head coach, Mikel Arteta, has warned his team that Chelsea striker Pierre-Emerick Aubameyang has the quality to score a goal in the upcoming Premier League derby on Sunday.

According to Arteta, if Aubameyang has the ball, he will score and will continue to do that until he decides to retire from football.

The Spaniard also said that he would have to put in a plan in order to stop Aubameyang from scoring against the Gunners at Stamford Bridge this weekend.

Aubameyang, who joined Chelsea in the summer from Barcelona, was iced by Arteta last season, leading to his premature departure from the club as a free agent.

“If Auba has something, it’s the ability to put the ball in the back of the net and he’s going to be doing that until the day that he decides he’s had enough of football,” Arteta told the club’s official website.

When asked how he hoped to stop Aubameyang, Arteta added: “We will have to look first of all at what Chelsea do and try to put a plan together to avoid that.”