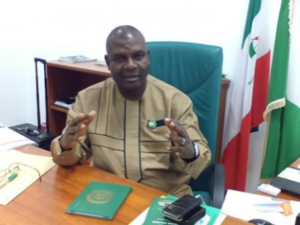 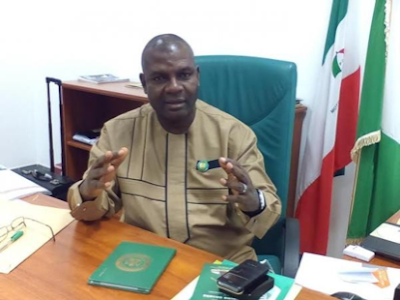 The Minister of State for Education, Goodluck Nanah Opiah on Friday said that funding education should be a contributory effort and not the sole responsibility of government.

While advocating for a dialogue on how to fund education for the overall interest of all, the education minister said there must be alternatives for funding.

The minister stated this during the commissioning of the new college administrative building of the Federal Government Girls College, Owerri, Imo State.

He said the current administration of President Muhammadu Buhari, has consistently demonstrated a commitment to the welfare of teachers across the nation as shown by increment of salary and retirement age of those in the teaching profession.

Opiah further said the federal government is doing all it can to enhance the status of the teaching profession and make it attractive to the best brains in Nigeria.

According to him:” I am advocating that other stakeholders should participate in funding education. Stakeholders like businessmen and the civil society among others should see it as a contributory effort. If government decides to embark on attending to all the problems of education, there will be little or nothing left for government to attend to other sectors like security, health.

“I’m not saying that government is about to abandon its responsibility but I’m advocating that there should be a dialogue on how to fund education for the overall interest of all. So that the burden would be reduced for the Federal Government and the education standard improved too.”

He charged the students to shun cultism and work very hard to be good ambassadors of the school.

In her address, Mrs. Francisca Obiagwu, the director and principal of the Federal Government Girls College, Owerri noted that the school was founded in 1973 (49 years ago) with few old buildings inherited from Government Secondary School Owerri.

Obiagwu who had witnessed a succession of 10 principals before she assumed office in January, 2020, said: “The old Administrative Block which I met when I came on board was one of those inherited structures and it was near dilapidation. I did a lot of repairs on it but I saw that the building was not befitting for a reputable college like ours.”