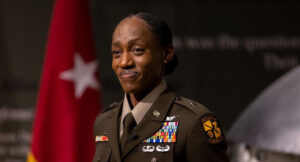 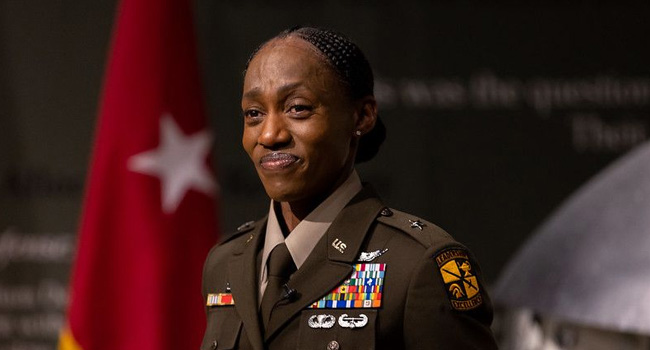 A woman of Nigerian descent, Amanda Azubuike has been promoted to Brigadier General of the United States Army at a military base in Fort Knox, Kentucky, USA.

Azubuike was born in London, United Kingdom, to Nigerian parents, and joined the US Army in 1994 where she rose to the position of an aviator after passing the Army Aviation Officer Basic Course.

Following her promotion, an excited Amanda shared her story, giving a peep into her journey.

“I recognise the gravity of this moment. I recognise the responsibility, the expectations, as well as the scrutiny that comes with this promotion,” she said after her decoration which was streamed on the Army ROTC YouTube channel.

“I also recognise the power of representation and the importance of diversity. I’m privileged to have benefitted from trailblazers and I’m committed to doing my part to leave a better path for those coming behind me.

“I’m honoured to be selected to serve at this level and feel fortunate to serve in my current position. I believe I can contribute here in a meaningful way.

“I joined the US military before I was even a US citizen. But I always knew this country was great, that it was worth fighting for. And that it is truly the land of opportunity. I’m very proud of my heritage, and my ethnic roots but I’m equally as proud to be an American.”

Also speaking at the event, the Commanding General of the US Army Futures Command James Rainey hailed Amanda and others who were promoted, describing the position as belonging to exceptional officers.

“Amanda inspires me. Ever since I met her and started working for her, she is inspirational and I get energy from her,” he said.

Azubuike studied Mass Communication/Media Studies at the University of Central Arkansas between 1989 – 1993 and also has a Master of Professional Studies, Public Relations/Corporate Communications from Georgetown University.

She currently serves as a Deputy Commanding Officer at the US Army Cadet Command and previously served as a Chief of Staff/Senior Military Advisor at the Office of the Secretary of Defense.

She was also Chief of Public Affairs at the United States Southern Command, Fort Lauderdale Area, and the Director of Public Affairs, Joint Force HQs-National Capital Region/Military District of Washington. 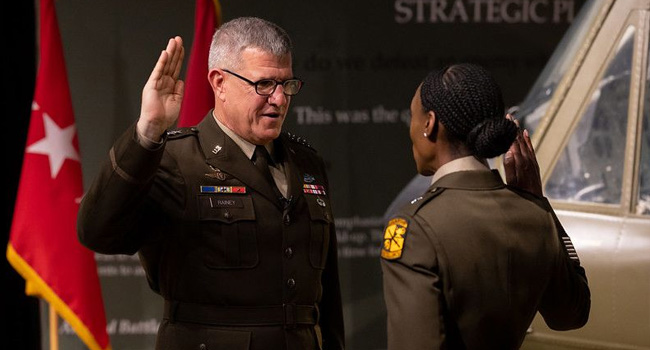 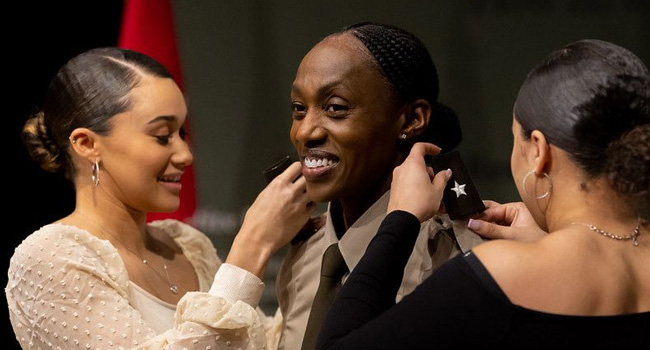 The post Nigerian Woman Promoted To Brigadier-General in US Army appeared first on FabWoman | News, Style, Living Content For The Nigerian Woman.