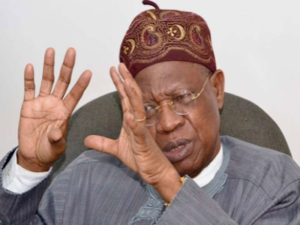 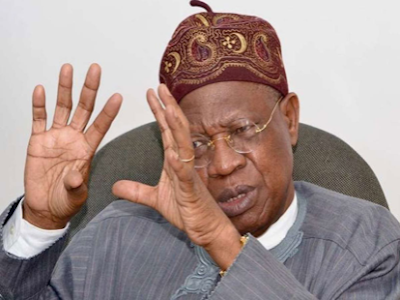 The Minister of Information and Culture, Lai Mohammed, has boasted about his political structure in Kwara State.

Mohammed said his political structure in Kwara cannot be destroyed because he and his allies have become one family.

He spoke at the traditional wedding of his granddaughter in his hometown on Friday.

Mohammed said he kept in touch with his political allies and supporters despite not being in the State.

The minister said despite their differences, his allies and supporters are still loyal to him.

Mohammed boasted of working with his political allies for the past 20 years.

He said: “What this means fundamentally is that there is no difference politically between me and them and they still regard me as one of their leaders and I still regard them as my associates.

“My political structure cannot be torpedoed because of disagreement.

“That is the essence of political structure: when you are strong enough to weather the storm that will necessarily come up, especially when it is time to vie for political offices.”