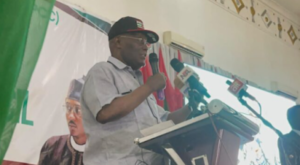 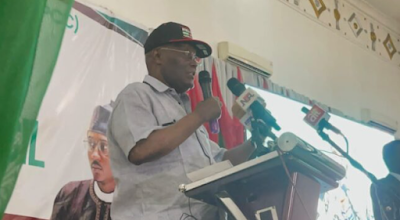 Atiku Abubakar, presidential candidate of the Peoples Democratic Party (PDP), says if elected, his administration will create an enabling environment for youths to thrive.

The former vice-president spoke on Thursday at the inauguration of the national youth wing of the PDP presidential campaign council in Abuja.

Abubakar said the ruling All Progressives Congress (APC) will be voted out of government in the 2023 general election because they have “dashed the hopes of Nigerians”.

He said he played a significant role in the “fight” to sustain Nigeria’s democracy, adding that it is the reason “youths are enjoying their freedom of today”.

“Let me tell you: No matter your poor background, PDP will give you the opportunity to be whatever you want to become in Nigeria.”

Abubakar said he understands the nation’s challenges and has developed his five-point agenda for the country’s growth.

“Do you know why I say so? Because those five-point programmes, I sat down myself to write them. I did not ask any professor,” he said.

“If you study these five points — from national unity, security, education to restructuring — you will find that they are seamlessly interconnected.

“Therefore, I want to assure you. No matter your poor background, no matter your position, PDP will help you realise your individual and collective aspirations in this country.

“APC has come and dashed the hopes of Nigerians. We don’t expect them to bring change in any way in the next five to six months.”

Abubakar advised the youths to go around the “nooks and crannies” of the country to convince Nigerians to vote for the PDP.

“Since the creation of Nigeria, there has never been any political party as old as PDP. So, we have succeeded in laying the ground for sustained democracy in our country,” he said.

“Therefore, you have a legacy to be proud of as members of the youth council.

“Let me, therefore, charge you with the responsibility of making sure that you carry the message of the PDP to the nooks and crannies of this country.”

Also speaking, Ifeanyi Okowa, governor of Delta and PDP vice-presidential candidate, said Nigeria needs a leader who understands the nation’s challenges and can solve them.

Okowa added that Nigeria needs a leader “who can speak the truth at all times, uphold the constitution of this nation, and respect all laws that exist”.