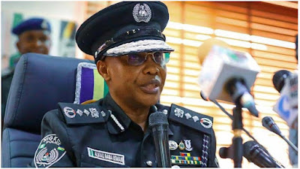 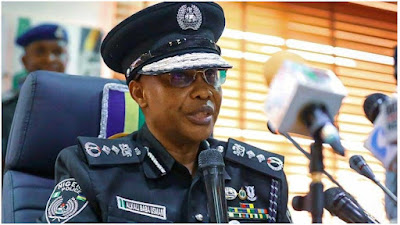 Usman Baba, inspector-general of police (IGP), has asked politicians to allow the police to regulate campaigns and rallies to prevent clashes.

Baba spoke on Thursday during a briefing organised by the presidential media team, in Abuja.

In recent weeks, there have been reports of violent clashes at campaign rallies organised by political parties for the 2023 elections.

On Wednesday, a convoy which included a vehicle conveying Atiku Abubakar, presidential candidate of the Peoples Democratic Party (PDP), was reportedly attacked in Borno state.

Speaking on the reported clashes, Baba asked political parties to always abide by the rules and regulations guiding the conduct of rallies.

”There are laid-down means, ways and procedures to do rallies and campaigns,” the IGP said.

”On our part, we have gone out to appeal to politicians to play the game by the rules, and at the same time, allow us to regulate political processions, campaigns, and rallies, to avoid clashes and so forth.”

Speaking on the terror alerts issued by United Kingdom and United States, the IGP said the situation was blown out of proportion, adding that some suspects were arrested.

“Government has never dismissed it as an alarm, but we only said it was blown or made in such a way that our people became apprehensive about the situation and the way it was done,” he said.

”The embassies have their own responsibilities to their citizens and they can make their advice and the government has not dismissed what has happened, because they have also informed us of what they foresee as threats.

“Sometimes, these threats or things happen but nobody has dismissed it as mere alarm, and a lot of efforts have been made, like you said, to douse tension.

“Actually, arrests have been made — those we believe are planning to commit crime in whatever form were arrested. Those arrested will be charged to court by any of the services that have them.”