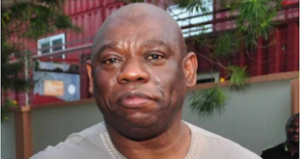 Abiola spoke at the launch of the party’s manifesto in Abuja on Saturday.

The flagbearer boasted that PRP would win the presidential election with a landslide victory.

Abiola will challenge leading candidates including APC’s Bola Tinubu and Atiku Abubakar of PDP among others.

He said PRP has “a very strong grassroots network” and would commence its national campaign soon.

Abiola said the platform has structures in all the local government areas with 711 candidates nationwide.

The businessman whose father was the late Chief MKO Abiola, the acclaimed winner of the June 12, 1993, presidential election, assured that the PRP would “make a big difference” while dismissing insinuations that he was riding on his father’s legacy.