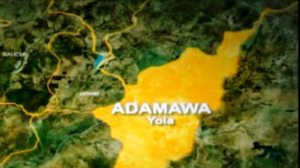 The Adamawa State Executive Council (SEC) has approved an updated estimate of over N175 billion as the fiscal proposal of the state for the 2023 budget year.

The SEC, at an extraordinary meeting on Tuesday, approved the review of the 2023 budget proposal from N140 billion, initially aggregated last month, to the new N175 billion threshold.

The state Commissioner of Information and Strategy, Dr Umar Garba Pella, who spoke to newsmen after the extraordinary council meeting presided over by Governor Ahmadu Fintiri, said the budget proposal was reviewed upwards based on the anticipated increase in revenue and proposed projects.

Recall that the Adamawa State Executive Council had last month, October 13, approved what it called a budget envelope of N140 billion.

Governor Fintiri is expected to present the updated budgetary proposal to the State House of Assembly sometime next week.