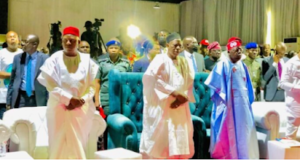 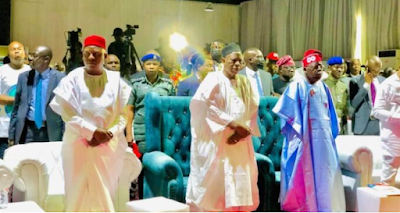 Bola Tinubu, presidential candidate of the All Progressives Congress (APC), says the unity of Nigeria is non-negotiable.

Tinubu spoke on Thursday at a town hall meeting with business leaders in Owerri, capital city of Imo state.

President Muhammadu Buhari had made similar statements in the past, and there was a pushback from parts of the country.

Over the years, groups like the proscribed Indigenous People of Biafra (IPOB) have called for the secession of the south-east from the country over claims of marginalisation.

The former governor of Lagos said he knows that many people have “painful grievances” in need of resolution.

“For me, the unity of this nation is sacrosanct; it is non-negotiable. However, I realise that many people have genuine and painful grievances in need of fair and durable resolution,” he said.

“My government will be comprised of people from every section of the country and ready to discuss legitimate grievances with those in search of a peaceful resolution.

“Our nation is still in its infancy compared to other nations. I am proud of how far this nation has come. I also understand the great strides still to be made if we are to build for ourselves a nation of democratic good governance, development, justice, and unity.”

Tinubu also said he aims to create jobs and build an economy that has an industrial base.

“We shall establish industrial hubs throughout the nation and modernise existing ones. We will encourage and facilitate greater production in places like Owerri and Aba,” he said.

“At the same time, we shall broaden opportunities for you to engage in more international commerce by steering more activity towards ports outside of Lagos such as Onne.