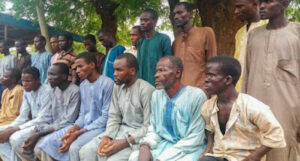 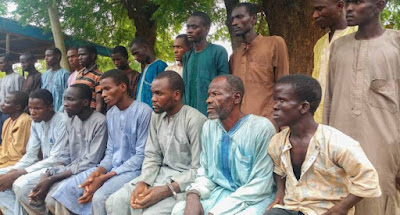 Speaking on Monday during a special session to mark the new legal year for the federal high court, Malami said President Muhammadu Buhari has approved the release of funds needed for prosecuting the suspects.

Represented by Beatrice Jedy-Agba, solicitor-general of the federation and permanent secretary of the federal ministry of justice, Malami said: “I would like to use this opportunity to appreciate the recent special intervention granted by his excellency, President Muhammadu Buhari, for the provision of funds and other logistics for the commencement of the second phase of prosecutions of Boko Haram suspects.”

In 2017, the federal government commenced a trial for persons suspected to be Boko Haram insurgents, with the proceedings taking place at a military base in Niger state.

At the time, the United Nations had raised concerns about human rights issues in relation to the suspects.

During the trial between 2017 and 2018, more than 100 people were convicted and several others were discharged on the grounds of no-case submissions.

Meanwhile, in his address, John Tsoho, chief judge of the federal high court, expressed worry over the number of cases pending before the court, lamenting that some judges have over 1,000 cases in their dockets.

He said the situation was worse at the court’s divisions in Abuja, Lagos, and Port Harcourt.

“We are accustomed to being expected to do more with less or no resources provided at all. While our needs continue to rise, funding doesn’t keep pace,” he said.

“This is notwithstanding the judges’ existing high-volume dockets that present enormous challenges,” he said.

“It is necessary to place on record that the Electoral (Amendment) Act, 2022, was enacted without any consultation with the court.

“Also, no support whatsoever was provided to address the increased responsibility. This weighed heavily on the operations of the court.”