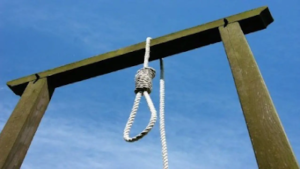 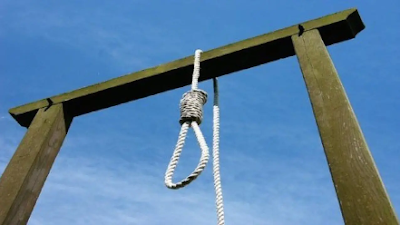 Justice Olukayode Ogundana of an Ekiti State High Court has sentenced one Ajakaiye Toyin to death by hanging for the murder of one Afe Omonyi, a commercial Motorcyclist,(Okada driver)on 23/08/2018 along Agbado/Ode Ekiti road.

Court records said the Okada driver conveyed the convict from Agbado-Ekiti on the fateful day to his farm, along Ode -Ekiti road, on an agreed transportation fare of #150.00.

A fight thereafter ensued and the convict strangulated the Okada man to death by tying a rope around his neck, he also dug a shallow grave and buried him.

The Director of Public Prosecutions, Julius Ajibare, who prosecuted the case for the State, called 4 witnesses and tendered 7 exhibits to prove the case beyond a reasonable doubt.