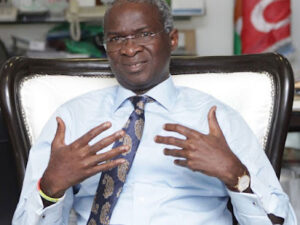 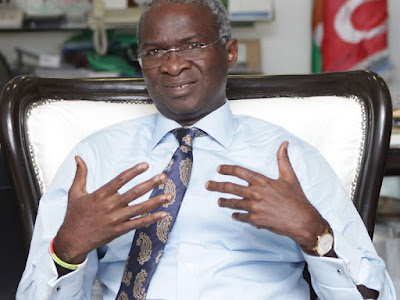 Babatunde Fashola, the minister of works and housing, has asked Nigerians to be careful of candidates who have promised to privatise certain sectors of the country.

While speaking on Channels Television, on Wednesday, on the government’s role in the funding of infrastructural development, Fashola said it’s a faulty governance model to give everything to the private sector.

Fashola said the private sector does not have the capacity to handle all the sectors of the economy.

“People talk about these public-private partnerships (PPPs) because I hear candidates saying they are going to privatise everything, give everything to the private sector,” the minister said.

“You need to understand the global private sector. First of all, it is largely MSMES; you can’t give everything to them. They don’t even have the capacity.

“The micros roughly employ about 10 people; the medium, less than 50; the small less than 200. So, it can’t be a governance model to say you are going to give everything to the private sector.”

In his 74-page manifesto titled ‘covenant with Nigerians’, Atiku Abubakar, the presidential candidate of the Peoples Democratic Party (PDP), promised to “break government monopoly in all infrastructure sectors, including the refineries, rail transportation”, and “re-affirm the criticality of private sector leadership and greater private participation in development.”

The former vice-president also said if elected president, he will privatise the refineries in Kaduna, Port Harcourt and Warri.