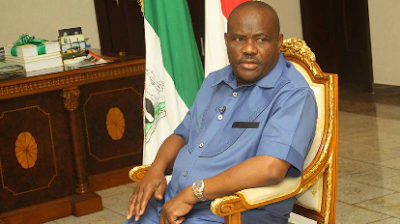 The reaction of RIVSCO follows the insistence of the Association of Local Government of Nigeria, ALGON, that the Governor was right in suspending the three LGA chairmen in the state.

Eke said the law permits the governor as a chief security officer to suspend any council authority if they are in faction.

He said Section 7(1) of the 1999 Constitution (Amended) empowers the existence of an autonomy of Local Government Area, adding that the power to suspend or remove an elected local government chairman is vested in the legislative arm of the local government council.

“The above have been given verve and zest by a plethora of decided case in Nigeria amongst which are HON. OSARO OBAZEE VS GOV, EDO STATE & 2 ORS, which landmark judgement was given by Justice E.E. IKPOBMWEN of the High Court sitting in Benin City on the 14th April,2016 and more recently by supreme Court in a landmark judgement delivered on the 11th of December, 2019 in RE: GOVERNOR, EKITI STATE VS PRINCE SANMI OLUBUNMO & ORS wherein the court held inter alia, per. OLUBOLADE JOE, JSC, ‘The act giving legislative powers to the state assembly and governors to undertake process of sacking elected local government chairmen is null and void…”

“Drawing from the above constitutional provision and case laws, the act of Governor Nyesom Wike purporting to sack or suspend the duo chairmen is a gross usurpation of powers, an exercise in futility, gross violation of laws, null and void that should be rescinded to preserve democracy.

“It’s our argument that any State law empowering the Governor or House of Assembly to do otherwise is running contrary to the 1999 constitution and to that extent UNCONSTITUTIONAL. Even though, the constitution empowers the State Assembly to make certain law in the administration of the Local Government, such a law must not CONFLICT with the express provision of the constitution.”