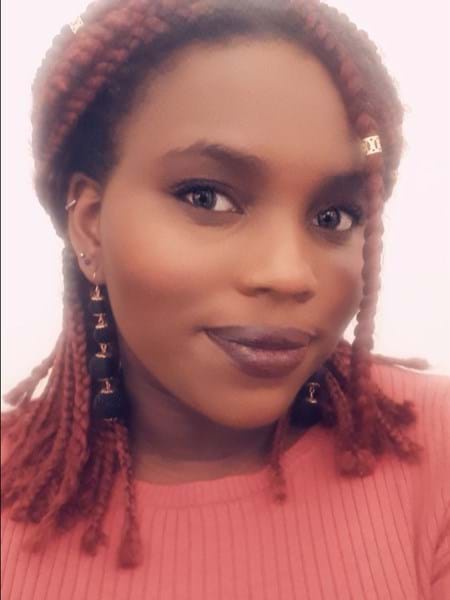 There is no gainsaying that hard work and determination truly pays.

That’s the case of Faridah Àbíké-Íyímídé, a British-Nigerian student who recently secured a huge feat.

She bagged a seven-figure book deal with a US publisher for her debut thriller ‘Ace of Spades’ at the age of just 21.

For two years, Faridah spent most of her evenings writing till 4 am while juggling a degree in English, Chinese, and Anthropology at the University of Aberdeen and now her sacrifice has paid off.

According to Faridah, it was a ‘dream come true’ when publisher MacMillan agreed to publish not just Ace of Spades, but a second novel as well. Described by her publishers as a ‘cross between Gossip Girl and Get Out’, the novel follows the story of musician Devon, and head girl Chiawaka, the only two black students navigating life in a majority white private school.

Speaking with Metro.co.uk, the excited Faridah said: ‘I grew up very working-class like Devon, and I am Nigerian like Chiamaka so in many ways we are similar but also extremely different. ‘I always wanted to read or watch something just like it, that centred black characters and their lives.

‘​The story is a lot like Gossip Girl in the sense that it is about the messy lives of wealthy high school students. Blair Waldorf was a huge inspiration for my character Chiamaka.’ She said her biggest priority was making the characters relatable. ‘The book is also like Get Out in the sense that the story takes a famous genre and tropes, turning it on its head.’

The novel which tackles themes of homophobia and institutional racism is a welcome development in the wake of the global Black Lives Matter movement.

‘Because I am writing about the lives of so many different black young adults, topics that impact black people such as homophobia and institutional racism come up in my writing.

‘I wanted to highlight the fact that black people are not a monolith, so I have queer characters and a character that is the child of immigrants.’​

Ace of Spades will be published next year in June.