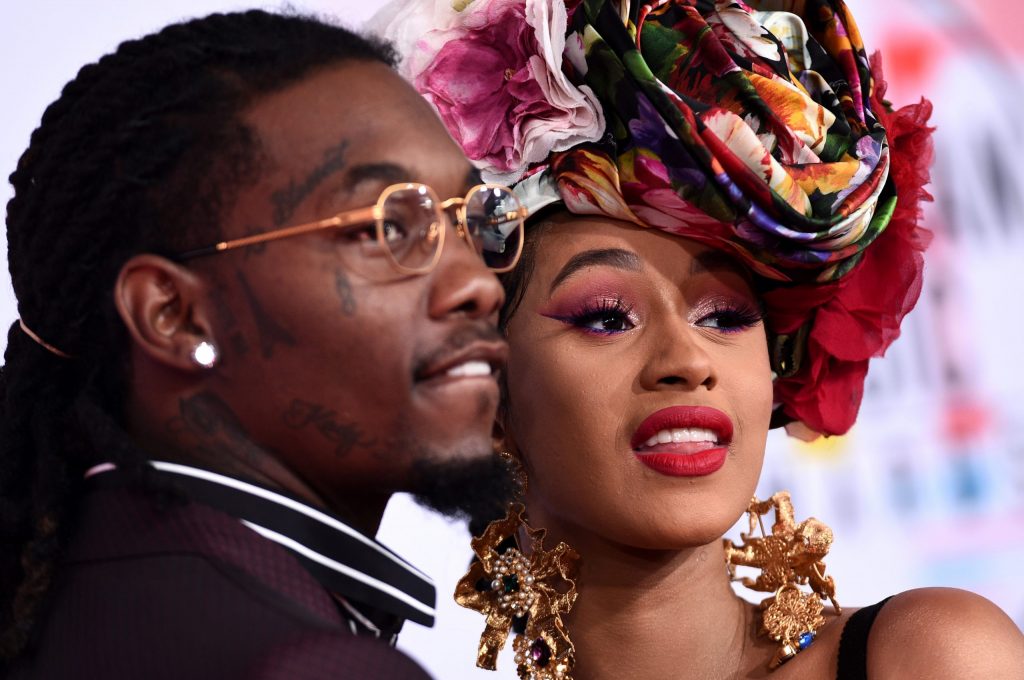 Cardi B has filed for divorce from her husband and fellow hip-hop star Offset, from the band Migos.

The New York rapper described their marriage as “irretrievably broken”.

Cardi, 27, whose real name is Belcalis Almanzar, filed for divorce on Tuesday in her husband’s home state of Georgia, where the couple has been living.

Legal documents state that Cardi B and Offset are now living in a “bona fide state of separation”. There are “no prospects for a reconciliation,” they said.

The couple, who married secretly in September 2017 and have a daughter named Kulture, had already been through a well-publicized rough patch that resulted in her announcing their break-up almost two years ago.

“We got a lot of love for each other but things just haven’t been working out between us for a long time,” she said in a December 2018 video on Instagram. “It’s just like, I guess we just grew out of love, but we’re not together anymore.”

But by about a year later the pair had reconciled and Cardi B, whose real name is Belcalis Marlenis Almanzar, told Vogue at the time that the split was over her husband’s infidelity.

Cardi B, whose hits include WAP, Bodak Yellow and I Like It, is asking for their assets to be split evenly.

The post Cardi B Files For Divorce From Offset After Three Years Of Marriage appeared first on FabWoman | News, Style, Living Content For The Nigerian Woman.