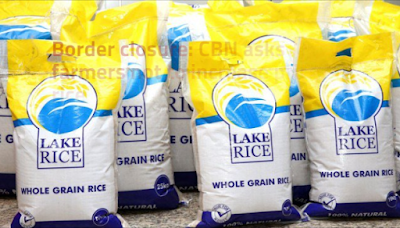 The Central Bank of Nigeria (CBN) has asked rice farmers in the country not to increase the price of the product as a result of the border closure.
In a statement in Abuja on Monday, Godwin Emefiele, CBN governor, urged members of the Rice Millers Association of Nigeria (RIMAN) and other stakeholders in the value chain not to hoard rice.
The Nigerian government closed its borders in August, explaining that it was to check smuggling.
Commenting on this, Emefiele said the federal government took the action to promote the growth of the economy and to make sure that the nation achieves food sufficiency as far as rice production is concerned.
The CBN governor maintained that the closure was done for the benefit and well-being of the people as most of the “imported rice had chemicals for preservation”.
He said there is need to increase rice production, promising that the CBN would support the rice millers to stem off smuggling in the country and grow the rice sector for food self–sufficiency.
The CBN governor called on the citizens to support the border closure, saying the government took the decision in their best interest.