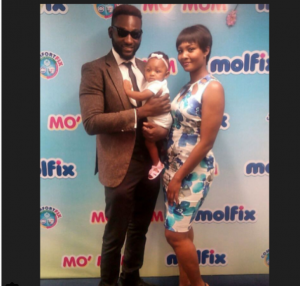 Nollywood actor Gbenro Ajibade has this morning taken to social media to blast his wife, Osas for abandoning their baby to have fun in town.

The couple who seems to be enmeshed in a marital crisis has been giving followers the speculations that they are seemingly trying to manage the situation, as it doesn’t look like all is well with the marriage.

Speculation of their marital crisis first came off, after Gbenro Ajibade failed to wish his wife a happy birthday on in the year 2018.

Although recently things looked sweet as Gbenro on several occasions posted photos of himself caring for their baby and even backing the baby on some occasions, which he regarded as his hobby.