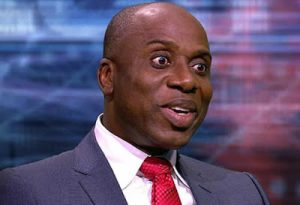 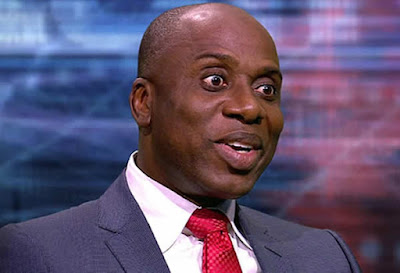 The Director General of the All Progressives Congress Presidential Campaign Council, Rotimi Amaechi, has said the increased number of votes secured by the party in the South-East in the presidential election confirms the wide acceptance of President Muhammadu Buhari.

Addressing journalists in Abuja on Tuesday, the Minister of Transportation thanked Nigerians for voting for the President in the election.

He said, “The support in the South-East increased due to the acceptability of Mr President. I think what we should be saying is we are grateful to Nigerians and the PDP. Let’s not fight but encourage the Independent National Electoral Commission so that elections will be free and fair. I think we should leave the past. We now have another four years to prove them wrong.

“Not only will he (Buhari) run an all-inclusive government, he is guided by the fact that Nigerians have suffered enough. The President will ensure we run a government that satisfies Nigerians.”

Amaechi said the administration would focus more on reshaping the economy and fulfilling most of the promises made to Nigerians which he claimed were threatened by the 16 years of misrule of the Peoples Democratic Party.

“Election is over and we are no longer discussing corruption but want to implement the policies that will ensure that the money that belongs to Nigeria is kept for Nigeria alone.

“The cardinal point that the President has continuously focused on is the fight against corruption and the need not just to rehabilitate the economy but also to make it grow,” he said.

Speaking on the state of the economy inherited from the PDP, Amaechi said the fact that the APC would take responsibility for the economic growth did not mean that Nigerians would no longer refer to what happened in the past.

When asked if the APC would accept responsibility for the state of things in the country, Amaechi said, “I think we should leave the past, whether the PDP did well or not, we now have another four years to prove that we are better than them. We have to prove them wrong by doing better.”

On the decision of the PDP to contest Buhari’s victory, Amaechi said, “I told my colleagues that it is only those who failed elections that gather for meetings while the winners just gather to pop champagne and drink to their victory. We are celebrating but we are conscious of the fact that we want to repeat what Gowon said in 1970: no victor, no vanquished. We enjoin our colleagues in the PDP to join us in ensuring that Nigerians benefit from good government.

“We believe they are our colleagues and friends but if they don’t see reason, I think we also have lawyers.”

The minister blamed the violence that characterised the presidential poll, particularly the one that claimed lives of civilians and soldiers in Rivers State, on the alleged desperate bid of Governor Nyesom Wike for a second term.