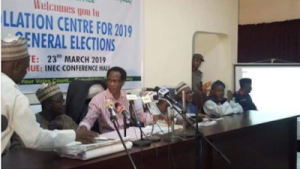 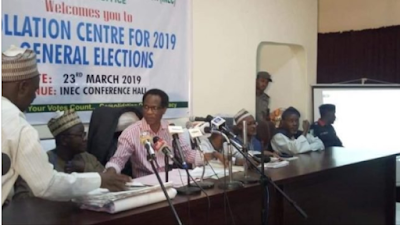 Agents of the Peoples Democratic Party (PDP) have walked out of the collation center in Kano ahead of the announcement of the winner of the governorship election.
The results of the last two local government areas delaying the collation have been released with Abdullahi Ganduje of All Progressives Congress (APC) maintaining a clear lead.
In Nassarawa local government, Ganduje polled 10,536 votes ahead of PDP’s Abba Yusuf who had 3,409.
In Kibaya, Ganduje scored 371 votes to defeat Yusuf who had 228 votes.
Speaking to reporters after angrily walking out of the collation room, Rabi’u Bichi, PDP chairman in Kano, described the election as a sham.
More to follow…