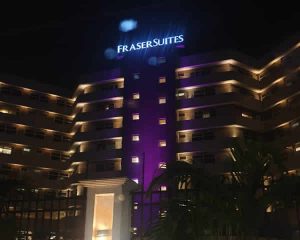 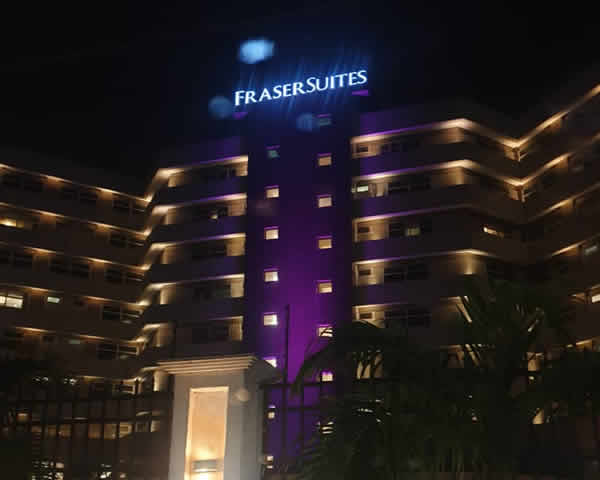 Guests and staff members of Frasier Suites, Central Business District, Abuja were thrown into confusion on Wednesday night when men of the Nigeria Customs Service embarked on a raid of the hotel.

According to a Twitter user Dickson Iroegbu, he alleged that several hotel guests were harassed and ordered to identify their cars.

Custom men’s have invaded Fraser suit Abuja and sealed it blocking foreign diplomat and guest from coming in or going out including some friend soldiers who are lodging in the place. They harassing guest and ordering they wake them up from sleep to identify their cars. #Barbaric pic.twitter.com/I8rYEeejzM

This was also echoed by another Twitter user, @royaltyuso

Happening Now: Ongoing siege at Fraser Suites in Abuja. Customs is currently carrying out an operation. Apparently they’ve tracked cars that got into the city without their custom duty paid. The issue here is for >3 hours now, innocent Nigerians have been stuck in this operation.

The armed operatives numbering over 12 impounded at least 11 vehicles which were mainly Toyota, Lexus and Mercedes Benz.

The vehicles were also said not to have customs duty documents.

Top management employees of the hotel could be seen pleading with customs officers to please move away from the gate.

The adamant customs officials were said to be acting under the instruction of the comptroller of the unit.

A customs officer who spoke to newsmen on the condition of anonymity said they received a tip off from an informant that hotels had become the new warehouse for vehicles without duty.

He said, “We learnt that when we turned up the heat on car marts, many of these smugglers started hiding their vehicles in hotels.

“We discovered 11 exotic vehicles with unpaid duties running into millions of naira were kept in the hotel.

“It was gathered that the service also stormed some car marts and a few state liaison offfices where they believed smuggled cars were being kept.

A top source at Fraiser Suite disclosed that four high end vehicles were seen at the hotel premises, adding that the owners were summoned to provide the original documents of the vehicles.

The source said, “The Customs gave the hotel management notice about the operation. They tracked down four luxury cars to the hotel premises and the owners were asked to provide the original papers showing that the necessary duties were paid on the cars.

“One of the vehicles belonged to a regular guest at the hotel while two others belonged to the accounting firm of Deloitte & Touche (formerly Akintola Williams Deloitte).”

Findings by our source also indicate that the Customs operatives had also raided some car marts in the Federal Capital Territory, but the number of sealed showrooms could not be immediately ascertained.

The service had reportedly sealed car marts in Kaduna and Sokoto States on Monday, as part of the clampdown on smuggling through the land borders by the Federal Government.

The Comptroller-General’s Strike Force and officers attached to the Federal Operations Unit, Zone ‘A’ in Ikeja had similarly raided and sealed car dealers’ offices in Lagos.

An eyewitness who is currently on ground at the hotel, Imo Ugochinyere, has narrated the ordeals of the hotel’s guests in the hands of the armed officials of the NCS.

Ugochinyere, who is the national spokesman of the Coalition of United Political Parties, in a message sent to our source said some diplomats and military men lodged in the hotel were blocked from leaving or entering the hotel because of the siege.

“Customs men have invaded Fraser Suite Abuja and sealed it, blocking diplomats and guests from coming in or going out.

“The affected guests include some soldiers who are lodging in the place.

“They are harassing guests and ordering hotel workers to wake guests up from sleep to identify their cars.

“Such barbaric actions have never been seen even during Abacha days.

“I am on ground there now.”