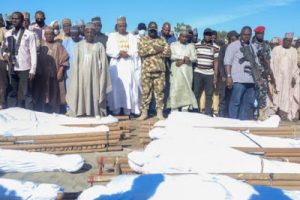 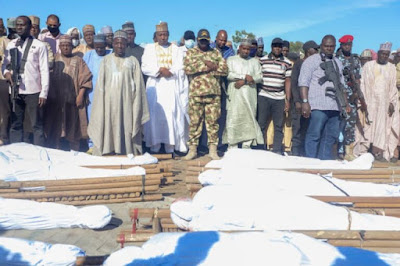 Babagana Zulum, governor of Borno, attended the burial of farmers killed by members of Boko Haram sect on Sunday.

Appealing to the federal government to recruit more persons into the civilian joint task force, Zulum expressed sympathy with the family of the deceased.

“First of all, accept my deepest sympathy over this carnage, once again, that affects all of us and every human with conscience. I am told some persons are still missing. We have been discussing with the military since yesterday, Insha Allah the remaining people will be traced soon.” Zulum said.

“It is disheartening that more than 40 citizens were slaughtered while they were working in their farmlands. Our people are in very difficult situations, they are in two different extreme conditions, in one side they stay at home they may be killed by hunger and starvation, on the other, they go out to their farmlands and risk getting killed by the insurgents. This is very sad.”

Below are photos of the burial. 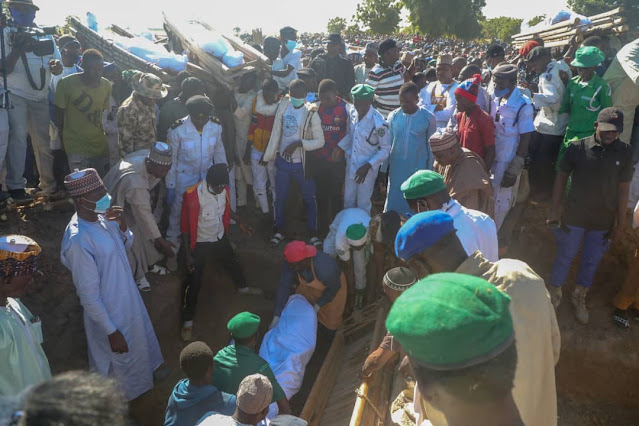 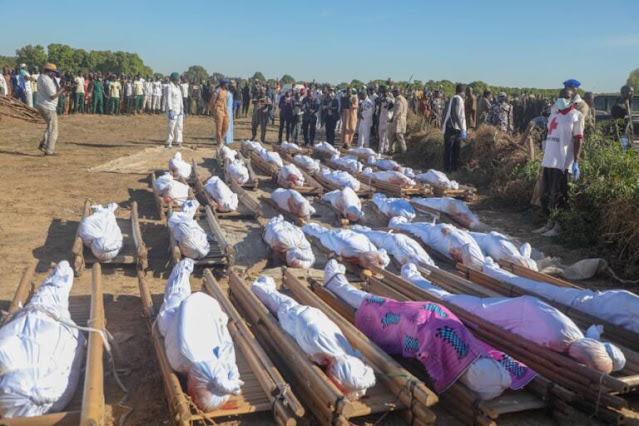 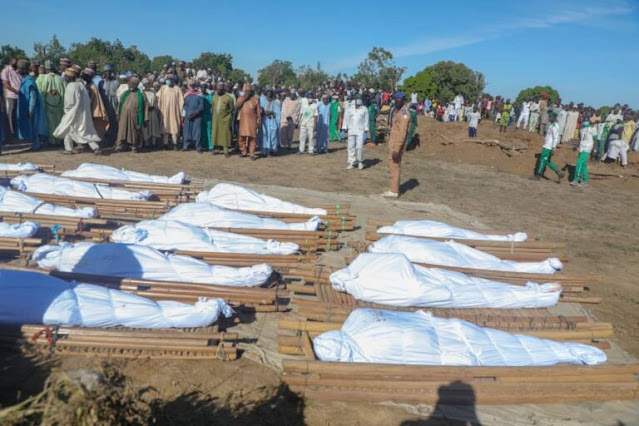 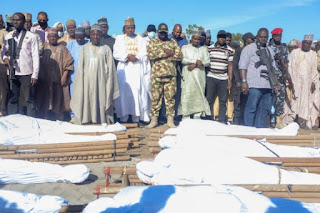 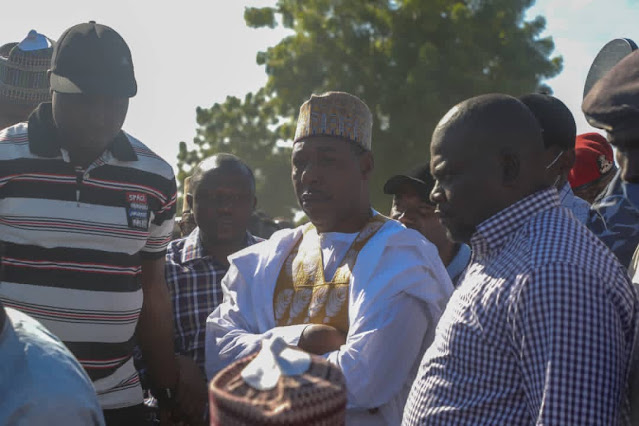 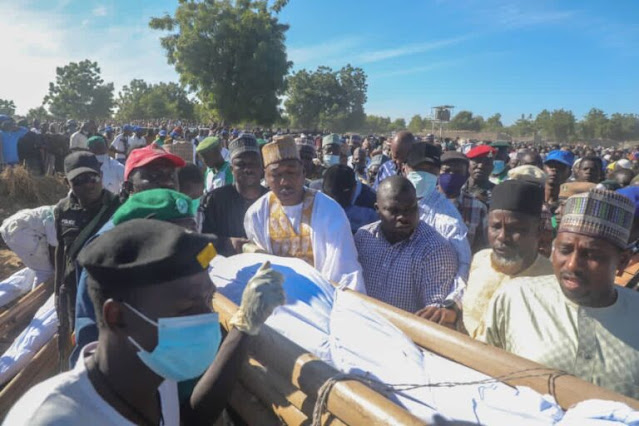