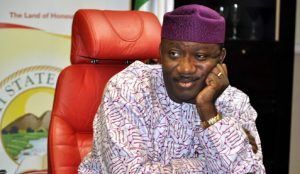 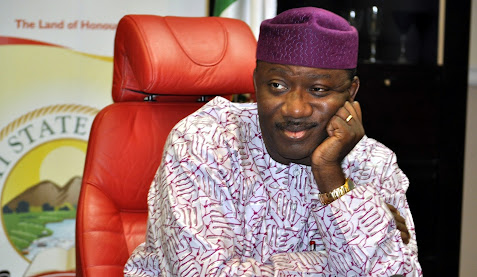 Ekiti State Governor Kayode Fayemi has said some fleeing Boko Haram insurgents have relocated to the Southwest where they now operate as kidnappers.

The governor made the claim on Sunday night when he featured in a Channels Television programme, “Politics Today”.

Fayemi, who chairs the Nigeria Governors’ Forum (NGF), said the insurgents were also operating as bandits in the Northwest.

The governor said Boko Haram insurgency, which returned to the front burner following the killing of over 40 farmers in Borno State, is not limited to the state.

Following the massacre, which received widespread condemnation, some Nigerians have called for the sack of the Service Chiefs while others are calling for the declaration of a state of emergency.

But Fayemi said governors had not discussed the need for a state of emergency over the Boko Haram insurgency.

“And that is not something that our colleagues, who are at the receiving end of the insurgency, have proposed to us. Governor Babagana Zulum (of Bonro State) or our Northeast colleagues have not said anything about state of emergency.

“Insurgency is not limited to Borno State. We will be making a mistake if we do not draw a correlation between what is going on in Borno State and what is happening in other parts of the country – banditry, kidnapping, militancy. They are inextricably intertwined.

“Some of the insurgents that escaped from the Boko Haram territory are the ones prosecuting the banditry in the Northwest; some of them are involved in the kidnapping in the Southwest.

“ISWAP (Islamic State in West Africa Province) insurgents coming down from Sudan, from Niger (Republic), are involved in what is going on. How many states are you going to declare (a) state of emergency on then? So, we must take a holistic view on this,” he said.